Part 2 of 3 in a series focused on the growing mitigation measures companies must comply with to reduce greenhouse gas emissions through improved building efficiency.

In part 1 of this series, we looked at how recent climate-spurred legislation is affecting New York City’s commercial building owners. Now we turn our attention to the West Coast, specifically the state of California, to examine what’s at stake for the environment and for those who own and operate large commercial buildings in the Golden State.

Historically, California has been an early adopter of green building standards and global warming initiatives that increased requirements for energy efficiency, water conversation, and recycling of building materials. Last year saw a transformative leap forward when former California Governor Jerry Brown led the approval of the state’s most ambitious climate policies to date. Stating that climate change is “a real and present danger to California and to the people of the world,”1 Brown signed the historic Senate Bill (SB) 100, The 100% Clean Energy Act of 2018, on September 10, 2018 with the goal to make the state’s energy completely emissions-free by December 31, 2045. On that same day, Brown also signed the accompanying Executive Order (EO) B-55-18 to achieve carbon neutrality.

As the world’s fifth-largest economy, California’s total energy consumption is the second-highest in the nation.2,3 California’s transition away from fossil fuels is a massive undertaking that will require installation of a significant number of additional solar, wind, and other renewable energy (RE) projects, as well as the adoption of new and emerging technologies that improve energy efficiency.

As part of a statewide effort to lower greenhouse gas (GHG) emissions, the California Natural Resources Agency released the “2018 Update to the Safeguarding California Plan,” a catalog of actions and recommendations developed by representatives from 38 agencies across state government. This comprehensive plan seeks to make government efforts transparent and hold agencies accountable for real progress. It specifically calls for institutions to take immediate action against the following current and future climate impacts4: 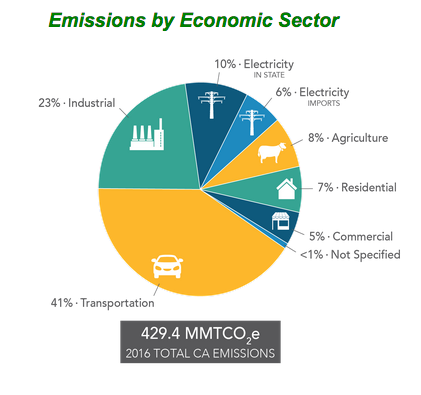 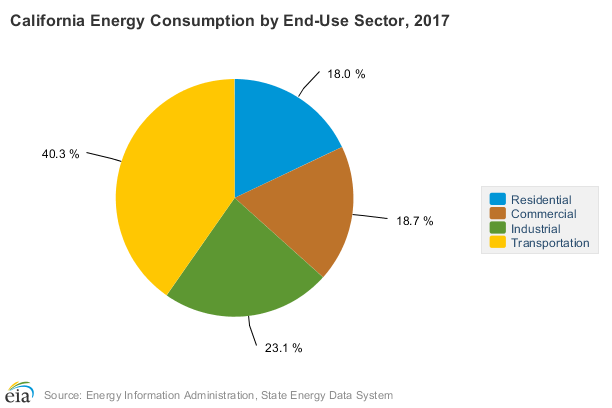 While it sounds like a daunting task, shifting to 100% renewable energy should be a smooth transition for most commercial businesses, given that the city and Pacific Gas and Electric already offer greenhouse-gas-free energy options through their respective SuperGreen and SolarChoice products7.

As utility companies work quickly to address the challenges of decarbonizing energy, recent advances in technology will make it easier for grid operators to supply power more cleanly and efficiently. The California State Senate has identified several influencing factors8:

As commercial building owners begin looking at options to comply with California’s latest mandates, one way to immediately begin saving energy and reducing GHG emissions is by implementing an HVAC energy management strategy that includes benchmarking and reporting capabilities.

Encycle offers a unique, cloud-based technology that has proven to achieve a 10-20% reduction in HVAC energy consumption without affecting occupant comfort. This energy efficiency technology is unlike any other HVAC efficiency offering on the market today. Connecting HVAC rooftop units (RTUs) via existing building control systems, connected thermostats, or IoT platforms, Encycle’s Swarm Logic software synchronizes their activity, thereby enabling them to operate more efficiently as an intelligent set of networked assets. This coordinated approach allows each RTU to respond appropriately to its own dynamically changing cooling requirements, such as outdoor temperature and building occupancy, while apportioning the system’s total energy consumption more logically among the individual RTUs.

For more information on how Encycle can help you reduce your energy costs and carbon emissions, contact us at +1 855-875-4031.